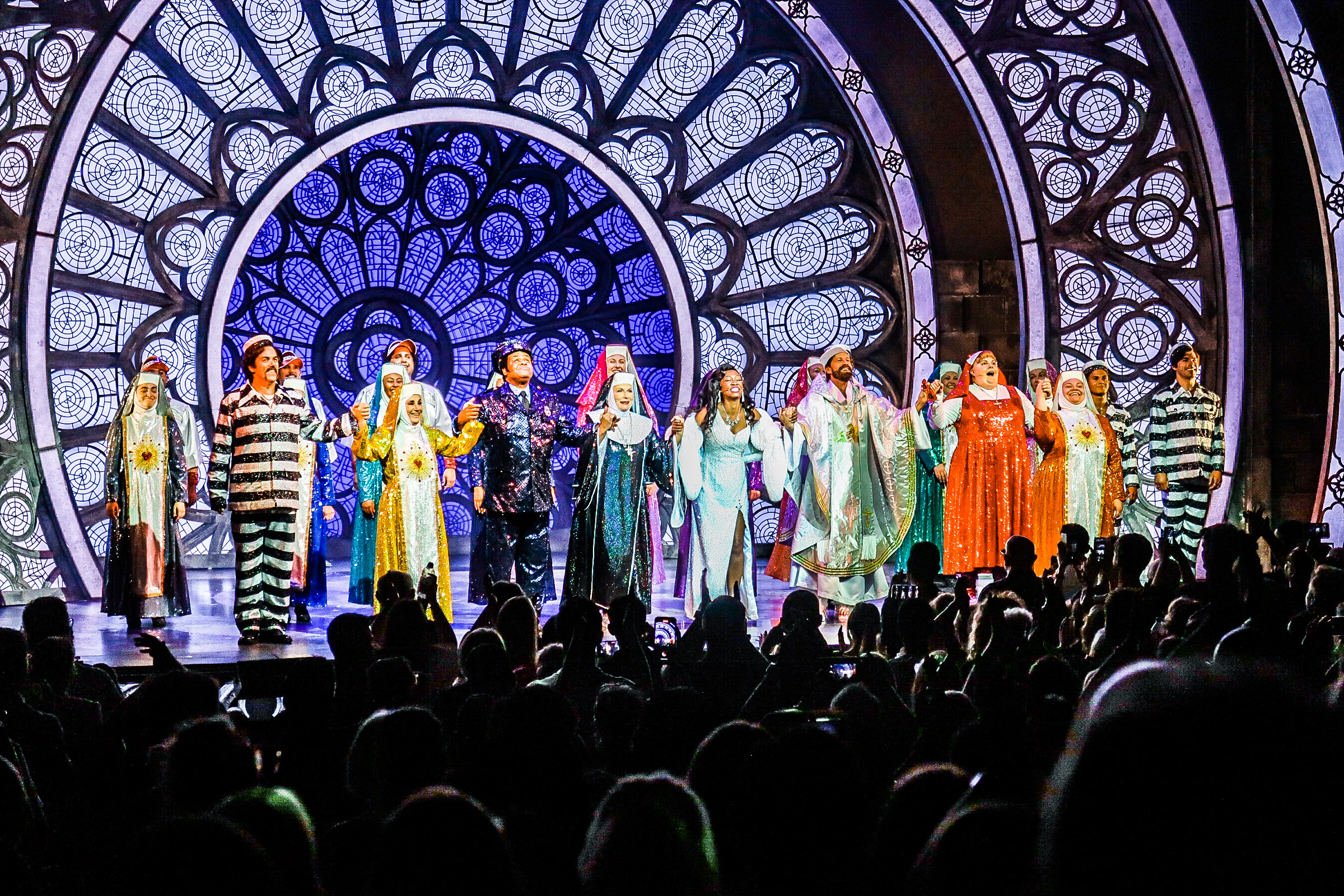 Posted at 15:30h in Uncategorized by Jamie 0 Comments
0 Likes

Sister – Act – The Musical is the eagerly anticipated Broadway and UK smash-hit show now showing at the London Eventim Apollo.  There’s a star-studded cast of Jennifer Saunders, Beverley Knight, Keala Settle, Lesley Joseph, Clive Rowe, and rising star Lizzie Bea who ensure that this musical is energetic, playful, hilarious, and emotional too.
A truly beautiful production that shines a spotlight on friendship, togetherness, and of course, sisterhood.  There’s original music throughout the show which is inspired by Motown, soul, and disco genres accompanied by superb dance routines from the cast which will have everyone up on their feet for the big finale.  We thoroughly recommend booking a ticket and joining the congregation for this heavenly show.

Sister Act – The Musical is at the London Eventim Apollo until August 28th, 2022.