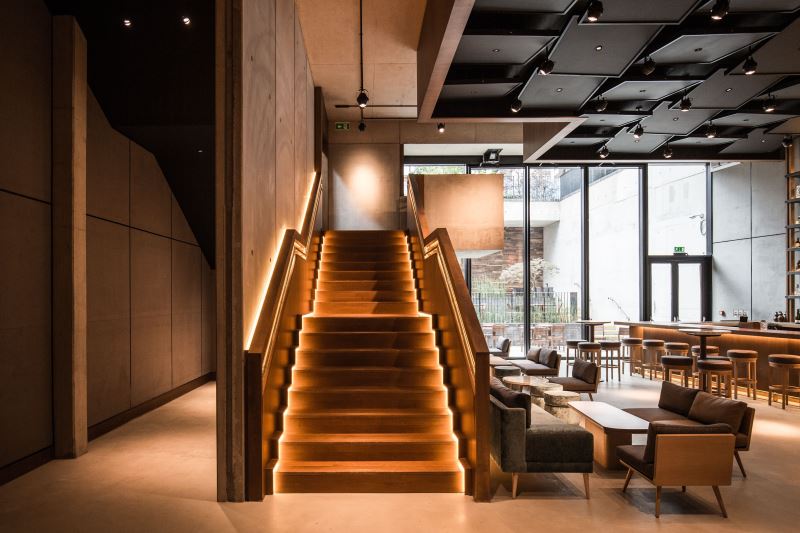 Posted at 21:22h in Uncategorized by Jamie 0 Comments
0 Likes

The anticipated wait for the new Nobu Hotel Shoreditch is finally over as it opens its doors for the first time from July 2017. Located in the very heart of London’s artistic quarter and set back from the sprightly hustle and bustle of Great Eastern Street, this newest outpost to the hip and trendy Shoreditch landscape offers a magnetic cocktail of Nobu’s east-meets-west beliefs and Shoreditch’s cool and modern vitality.

The property consists of 143 guest rooms, 7 individually designed suites, meeting and events spaces, a new spa area completed by the end of 2017, lobby bar and a 240-seat restaurant, which is situated at the heart of the building covering almost the entire length of the hotel. On offer to guests at the hotel and restaurant will be a variety of Nobu signature dishes, succulent sushi, and Shoreditch-utopian menus and cocktails.

For those wishing to witness the drama, theatre and artistry of the Nobu chefs at work there is a privileged 10-seat sushi bar and an 18-seat chef’s table, with first class views of both the main kitchen and where the sushi chefs create their magic. Nobu Hotel Shoreditch will also aim to give back to the local community too and will also be opening a dazzling pocket garden, creating a public area between the vibrant streets and the serenity of the hotel, offering a sanctuary experience in the middle of East London.

The striking and exclusive design for the new Nobu Hotel Shoreditch is a combined collective effort from the renowned Ron Arad Architects and Ben Adams Architects which showcases their forward and creative design concepts of overhanging floor slabs and cantilevered steel beams forming a frayed edge to the east, where a landscaped garden is terraced to provide natural light to the restaurant space.

In keeping with the local theme, the interior of the hotel was designed by local designers, Studio Mica and parties worked in collaboration to create a flawless transition between the hotel and the restaurant.

The impressive 240-seat, Nobu Shoreditch restaurant will certainly get taste buds racing and was inspired by the iconic Nobu philosophy and was designed by Californian based Studio PCH. The vast restaurant area is adorned in a sleek wood finish and exudes a cool and contemporary environment.

Nobu cuisine is known worldwide for its innovative interpretation of Japanese, Peruvian and other South American elements pioneered by Chef Nobu Matsuhisa and influenced by his years of studying Japanese cuisine in Tokyo and his extensive global travels.

Overseen by Executive Chef Greg Seregithe, Nobu Shoreditch menu will feature many of Nobu’s timeless dishes, such as Black Cod Miso and Yellowtail Sashimi with Jalapeno, as well as plates inspired by the imagination and zest of the local area.

Guests will have to climb a grand staircase to reach the restaurant but won’t be disappointed as the hotel is bathed in sublime natural light from the five-metre tall glass doors leading out to the inviting Nobu Terrace. This stunning area is perfect for open air dining, split into four level terraces and can entertain up to 80 people for chic parties, soirees and a variety of private functions.

There is also a semi-private dining space overlooking the custom-built, open kitchen which can host up to 18 people and is the ideal spot from which to experience the divine domain of the Nobu kitchen. The separate Lobby Bar on the ground floor is also available to both guests and the public, offering a comfortable atmosphere.

Alongside a range of Nobu dishes and award-winning cocktails, the Lobby Bar provides a sophisticated retreat in which to socialise, relax or watch the world go by.

With the recent openings of The Ned, The Courthouse Hotel Shoreditch and The Curtain as luxury properties, it’s amongst fine company.

In short, the Nobu Shoreditch Hotel is luxury at its very best and has integrated effortlessly amongst the uber-cool Shoreditch scenery whilst maintaining its tranquil and therapeutic ambience which I’m sure will appeal to those guests looking for a slice of East London bliss.