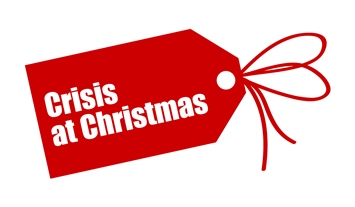 Christmas is the one time of the year when we get together with our families and loved ones to celebrate the festive season. However, there are many people who dread this time of year, as they have no family or friends to spend time with during the holiday season.  Now imagine you are single and homeless, this makes things even more challenging but help is at hand via the national charity Crisis for single homeless people.

During the holiday season I volunteer for Crisis to help at one of their day centre facilities which is set up during the festive period to aid, help, assist, advise and support single homeless people during the Christmas period and beyond.

Below is my account of my time spent with other volunteers helping around the centre and interacting with “guests” which the homeless are called when they come into the centre.

The centre is based at a campus of a local college and during the Christmas period the building is transformed into a warm and welcoming home for many guests.

On offer to guests are breakfast, lunch, dinner, fruit and a variety of snacks to keep guests going through the day. Tea, coffee and hot beverages are on constant supply too. Guests have a number of services they can choose from too such as bus services, clothing, advice, listening post, samaritans, dependency, healthcare, dentistry, opticians, physiotherapy, TB screening, footcare, salon, massage, sewing and alterations, natural healing, arts and crafts, cinema, comedy, dance, IT, library services, life skills, live music, open mic, performing arts, sports and games.

However, sometimes all guests wish to do is have a cup of tea or coffee and be able to have a chat with volunteers of which I did a lot of during my time as a Crisis volunteer. It was hard to imagine that the conversations I was having with many guests was sometimes their first interaction with another person in a very long time.  It made many guests happy to know that there was someone ready to listen to them and their many stories too.

I learnt during my time at Crisis that there is a very thin line between having a home and being homeless, no longer is being homeless associated to the drunk or drug addict that we see at the end of the street corner or hanging around the local off licence. From the number of stories I heard, it quickly dawned on me that homelessness doesn’t discriminate and can hit at anytime.  It takes a sequence of bad luck like a broken relationship, losing a job or your home and then it quickly escalates until homelessness is a stark reality.

That’s why Crisis is so important and continues to support the homeless that get left behind or sometimes just forgotten by the system. If a guest is single and homeless, Crisis will offer support and advice to get guests back on their feet. Crisis isn’t just for Christmas it’s for life and they are determined to end homelessness once and for all but they need help, donations and awareness to continue to do just this.

My time as a volunteer consisted of talking with many guests over a cup of tea and coffee and just making them feel welcome.  I met one guest who explained that he was finally getting on his feet after a very tough few years he went on to tell me that he was so grateful to Crisis and the volunteers during Christmas for everything they continue to do, which was so rewarding to hear.

By lunchtime, I was in the dining hall and getting prepared for the lunch time frenzy which was challenging but fun as there was so much to do to make sure guests were well fed and watered.

I spoke to another guest who explained that due to his complex dietary requirements he couldn’t eat the majority of the food on the menu, so we had to ask the chef to prepare him something different from the menu.  The general attitude at Crisis is so positive, so the kitchen staff who were under immense pressure to feed almost 300 guests that day, greeted this request with a smile.

I sat with the guest until his food arrived and he also explained to me that he also has epilepsy which is also a massive challenge for him.  He told me that he has been on the housing list for 15 years and still no luck but he was incredibly humble and positive about the situation which I found very inspiring.  He told me that he has learnt to live with his condition and he is strict with his medication to try and keep it under control.  He told me his dream job was to work as a pastry chef as he loved cooking, however, due to being homeless he has found it very difficult to find a job.  It was this type of story that spurs all the volunteers on as the guests don’t realise that their everyday stories inspire the volunteers to do more to help which is always a good thing.

After lunch, I was drafted over towards the gym and sports hall to take guests over who required a shower, haircut or who wanted to participate in some sports activity.  I was challenged by a number of guests to a game of table tennis and I could see the guests were all very excited to play.  We decided to play a mini tournament and the competitive streak came out in everyone which made for a lot of fun. There was tension, laughter and so much excitement that it really didn’t matter who won, I believe it was the general interaction I had with the guests that was the real winner on the day.  Firm friends had been made around the table tennis table which is what Crisis is all about.

Over the coming days, I participated in many tasks from front door security, rear gate attendant right through to toilet cleaner.  I was more than happy to throw myself into the tasks at hand as this together with so many other volunteers was the mentality on the day. We were all a team and between us all the most important element was to get the job done with a smile on our faces.

My lasting memory of my time at Crisis during the Christmas period was of a particular guest that I met last year whilst volunteering who explained to me last year that he had been homeless for three years.  He was addicted to various drugs and drink over the years and had lost everything, his home that he shared with his childhood sweetheart, his job and contact with his children too.  He told me that he was heartened by the volunteers at Crisis and that I had given him hope that he will get back to where he once was.

I met him again this year and he explained to me that he was no longer drinking or taking drugs and that he had found a home too. He was now giving back to others that unfortunately found themselves in the same position he once was in.  I was so proud of what he had achieved and that too encouraged me to continue to help raise awareness and much needed funds for Crisis throughout the year and not just for Christmas.

To donate to Crisis please click this link below.

To volunteer or learn more about Crisis and all that they do – please visit www.crisis.org.uk