A Nostalgic Night Of R&B At 100 Wardour Street | London 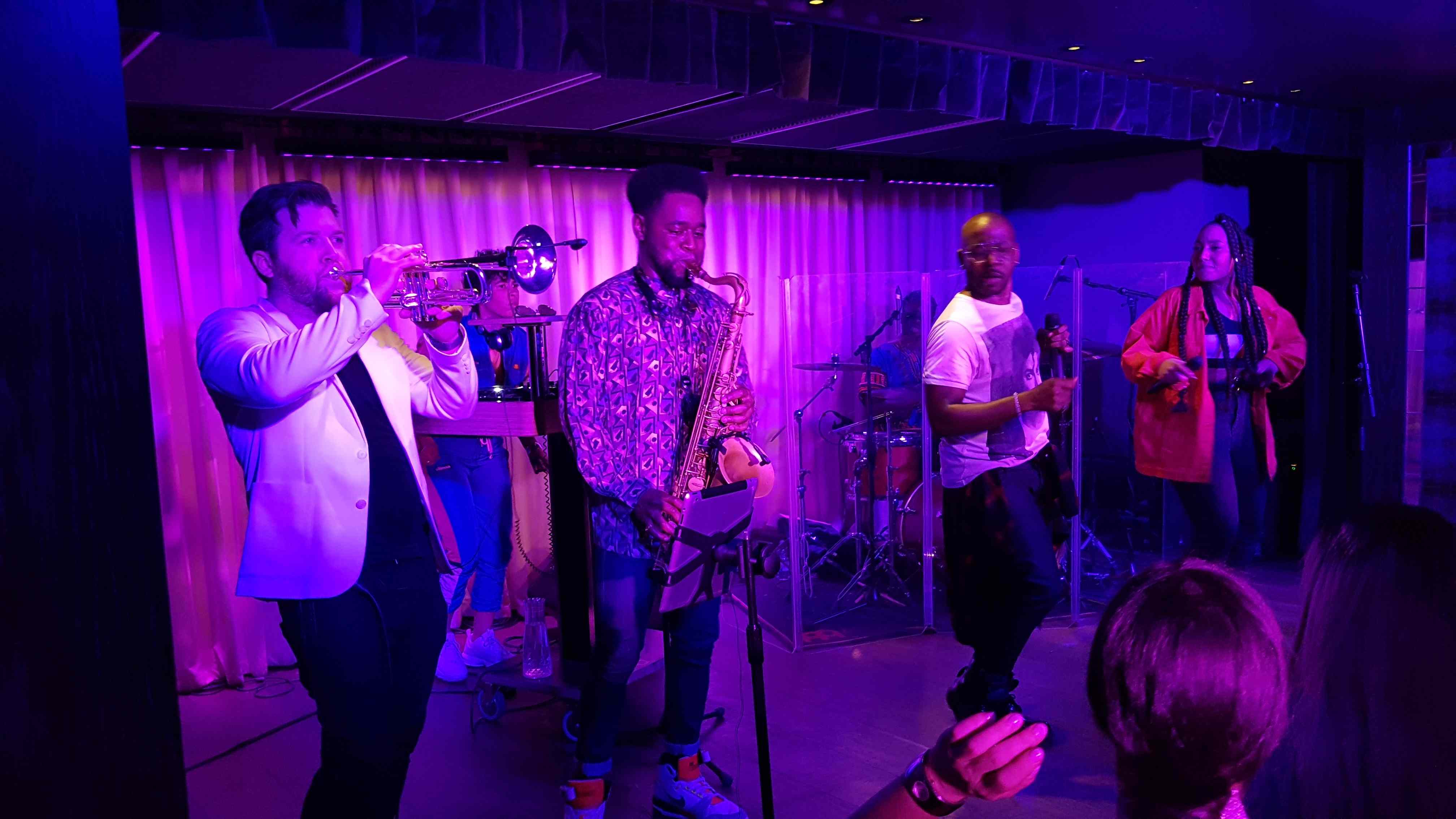 Posted at 22:01h in Uncategorized by Jamie 0 Comments
0 Likes

The 199os was a truly wonderful time for Hip-Hop and R&B music, therefore, I was looking forward to experiencing a night of R&B and Hip-Hop hits from yesteryear at the historic and prestigious 100 Wardour Street.

This stunning venue was the old Marquee Club in a former life and played host to legendary bands and artists such as The Who, David Bowie and The Rolling Stones who subsequently made their debut live performance here.

Fast forward to the year 2018 and the stage is duly set for VIBE, a 6 piece band consisting of two vocalists, trumpet, saxophone, drummer and a DJ performing classic R&B hits from the 90s, 00s to present day.  Think vintage tracks from legendary R&B artists such as Usher,  R.Kelly, Aaliyah, Donell Jones and TLC.

As the start of the show drew nearer the crowd grew in size, anticipation and excitement and couldn’t wait to be transported back in time to sing and dance along to a musical era that produced instant hits and floor-fillers that still sound fresh today.  VIBE was certainly ready to give the crowd a superb trip down memory lane and they did just that and didn’t disappoint.

The electric first half set consisted of a multitude of crowd-pleasers such as R.Kelly’s ‘Vibe’, Aaliyah’s ‘Back & Forth’ and ‘Rock The Boat’, right through to the timeless Donell Jones ‘U Know What’s Up’, Justin Timberlake’s ‘Senorita’, R.Kelly’s ‘Ignition’, Ashanti’s ‘Foolish’ and the R&B anthem ‘Mo Money, Mo Problems’ by The Notorious BIG ft. P Diddy & Mase.

The second half of the show saw the live band slow things down a little bit with mid-tempo favorites like The Notorious BIG’s ‘Juicy’ mixed effortlessly with the soulful Mary Jane Girls, ‘All Night Long’.

The audience erupted when VIBE performed TLC’s smash hit, ‘No Scrubs’ and there was plenty of participation as the crowd demonstrated by singing the lyrics word perfect and in joyous harmony with the band.

The brilliant horn section of the band gave a jazzy rendition of ‘Everyday People’ by Arrested Development which was nicely followed by Ginuwine’s ‘Pony’.

As we entered the final straight of this sublime gig the outstanding DJ Melody Kane from the world famous BBC Radio 1Xtra show turned up the heat as the band performed Bell, Biv, Devoe’s, pulsating, uptempo smash, ‘Poison’.

Music fans could barely catch their breath when the sounds of Lauryn Hill’s ‘Doo-Wop’ mixed in seamlessly with ‘Ready or Not’ burst through the speakers and sent the venue into a frenzy.

It was fitting that the final track performed on the night was Blackstreet’s huge hit ‘No Diggity’ which was the cherry on top of this delicious R&B offering.

With that, the band took a well-deserved bow, smiled, blew kisses to the crowd and left the stage with everyone wanting more.

A truly memorable evening that had the perfect VIBE.

To find out more about VIBE follow them on social media.