A Musical Masterclass by Alexander O’Neal at Quaglino’s 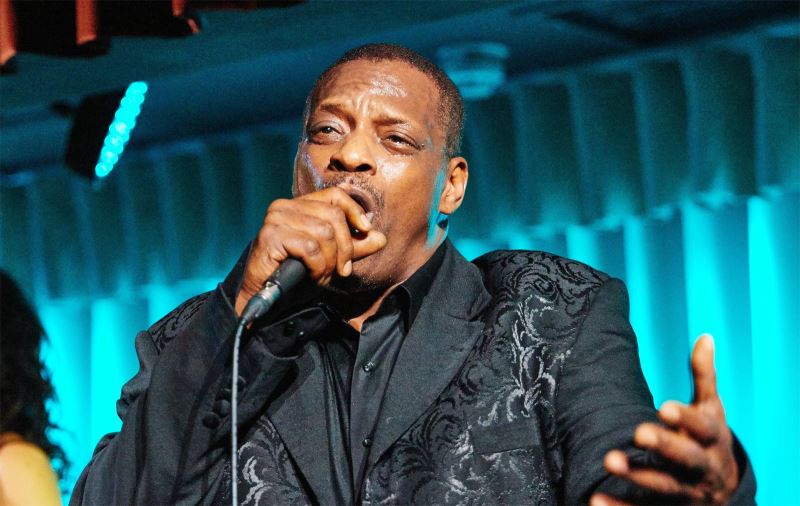 Posted at 16:13h in Uncategorized by Jamie 0 Comments
0 Likes

Quaglino’s is renowned for being one of London’s most quintessential fine dining restaurants nestled amongst the historic and stylish Mayfair landscape. It’s an elegant eatery that is the epitome of contemporary glitz and glamour and delivers first class cuisine and entertainment on a number of levels.

I was excited to learn that Quaglino’s had launched a thrilling summer season of events between 18th July through to 31st August 2017, celebrating the stars of stage, music and screen.

On arriving at the restaurant, it was evident to see it was busy and teeming with enthusiastic diners as eager as I was to experience this very special evening.

I could feel the buzz in the air as everyone was awaiting the arrival of the legendary Alexander O’Neal, the Mississippi-born singer who rose to fame in the vanguard of the Minneapolis sound in the 1980s.

With his name firmly in the R&B history books, Alexander O’Neal has been entertaining audiences for over twenty-five years.

The effervescent American artist has achieved acclaimed success with his smash hits ‘Criticize’ and ‘Fake’ and has enjoyed success with his top ten hits as well as a triple platinum album. My guest and I had plenty of time to sample the special menu on offer for the evening before the show started and our excellent team of waiters in Simone and Luca gladly guided us through the numerous mouth watering options.

My guest opted for the sweet corn velouté, parmesan tulies, girolle mushrooms which looked delicious and was thoroughly enjoyed. Just as we finished our starters, Alexander O’Neal had arrived on stage with his live band to rapturous applause to begin the first part of his show, and what a first set it was.

He opened his show with an energetic version of “Innocent” which had the majority of diners out of their seats dancing. Before the crowd could even catch its breath, he went into the hip, up-tempo classic “(What Can I Say) To Make You Love Me” which went down a storm with everyone.

Alexander O’Neal is a great performer and his infectious stage presence really connected with the audience as he slowed things down with a beautiful version of his gorgeous ballad “Sunshine”. This was followed by his hugely successful UK hit “If You Were Here Tonight” which Alexander performed with superb passion and warmth.

In the blink of an eye, the first half of this wonderful intimate set had come to an end and Alexander O’Neal left the stage to fabulous applause from all the diners and his dedicated UK fans.

During the interval break, we were treated to a tribute set by Alexander O’Neal’s band who remained on stage and performed tracks from icons such as Michael Jackson, George Michael, David Bowie, Prince and Earth, Wind & Fire which was well received.

I thoroughly recommend this dish to all meat lovers. It’s a winner. My guest went for the roast sea trout which came with a soft herb crust, celeriac and apple, and beurre noisette emulsion. It was delicate to taste, sweet, light, full of colour and a joy to eat. My dining partner and I had just enough room for dessert and we both headed for the caramel and coffee tart which was a luscious combination, well balanced between sweet and sour.

Alexander O’Neal had now returned to the stage for his second half of the show and if it was anything like the first set, we were all in for a real treat. The high-powered performer kicked off the second set with his dance floor favourite “Saturday Love” which had everyone back on their feet dancing to this feel good number. Next up was the distinctive sound of the hit track “Criticize” which everyone was singing along to. The finale saw the fanatical crowd take things to another level once the mesmerising track “Fake” was performed, which brought the house down and was a fitting end to a show stopping performance by Mississippi’s finest soul singing extraordinaire.

Overall, an amazing evening was immensely enjoyed with outstanding music, excellent service, wonderful cuisine and a memorable atmosphere. Quaglino’s will also be hosting two other soul legends this summer – George McCrae and ex-Rose Royce singer, Gwen Dickey. Q Legends at Quaglino’s is a must visit during the summer season, so don’t miss this, you’re in for a superb experience.